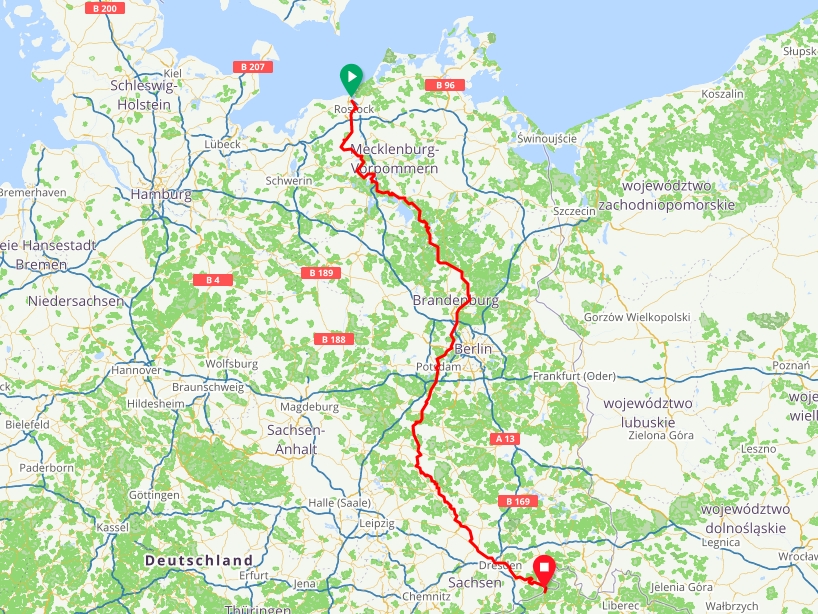 Germany is the second country on my bicycle trip.

In Germany my bike gets a break while I go to an anniversary in Holland.

My first acquaintance with Germany was a long time ago when the family was on holiday on Terschelling (one of the Dutch islands in the North). My oldest brother started dating a german girl, who he later married.

The whole route through Germany will be 615km. About 400km in the start is flat (under 100m) and the last part will get me trained for the Alps later on, the mountains there are up to 150m. That’s not too bad. It will get a lot worse.

There is one deadline in this part. I’ll leave the bike and trailer in Potsdam (327km) under the custody of a bicycling family, and take the Flixbus to Utrecht and back again. Tickets are booked, so I have to reach that date. My best friends have a 30y wedding anniversary which I absolutely want to attend. I’ll arrive at Rostock early in the morning on the 7th of April and the bus is leaving on the 14th at 21.00hr from Berlin Central Busstation. That gives me 7 days for 325km. My average of 3 days 60k, 1 day rest, will do that job. 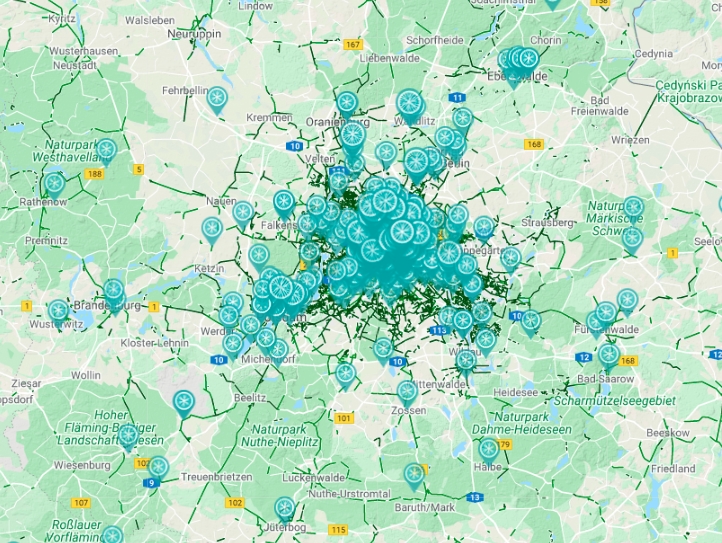 Since many years I’m a member of the community website WarmShowers.com
It is similar to CouchSurfing.com in the way that you can stay at people’s place or have people stay at your place for free. Anybody travelling can be a member of CS, whereas being a member with WS you have to be a bicycle rider..
I used the map, populated with addresses around Potsdam, to find a host on my route, wrote to them and agreed on leaving my bicycle for a few days while I am making my small detour to my friends in Holland.
I can absolutely recommend you to become a member of these hospitality communities. It’s wonderful to meet foreign people and learn from them and exchange exciting travel stories.

I will regularly post in PolarSteps, see on the right.

If you want to join me on my ride, write me a message via the form on the right.

Thanks a lot Andreas Steinhoff for some nice changes to my route. It’s good to get input from local cyclists.

Table of routes for my trip from Denmark to Greece.

The start of the trip is on the 5th of April. The finish somewhere end of June.

Click the country name to see the route in RideWithGPS.

Join me on my ride