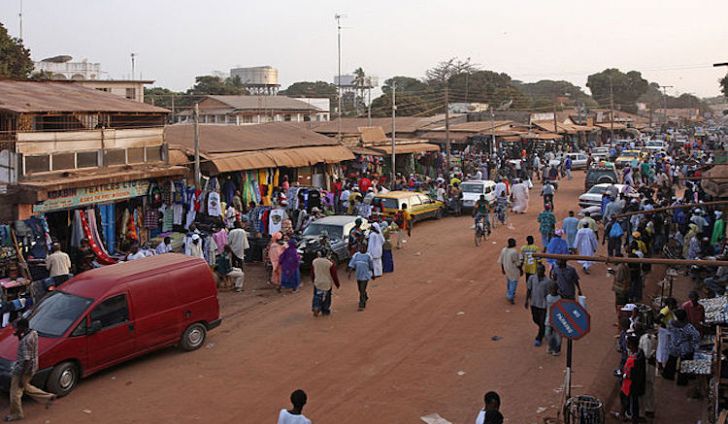 Nowadays I wonder why so few boats visit that fantastic area. I observe quite a few and they all seem to hurry to the other side of the pond and the West Indiën islands. As I understand it, to meet hundreds of other sailing boats fighting for a place in even almost ‘deserted’ bays.

Why is that? Lack of knowledge of the African continent? Afraid of the language? C'est vrai, les gens parlent français. But lots of them do also communicate in English.

Why not sail down from Canary Islands, to North Senegal and visit the capital Dakar? Smell the African culture and visit the lovely beach Hann and Ile de Goree with it’s old Dutch houses? The name of the island is after the Dutch island Goeree. Ok, history is not a field where we excel now, it used to be a main quarter of slavery by Portuguese , Dutch, English and French. Today it continues to serve as a reminder of human exploitation and as a sanctuary for reconciliation.

You can see the fishermen on Hann beach pushing their pirogues into the water and trading the fish they have caught in the morning.

After some days, set sail again and enter the River Gambie in the middle of Gambia to visit Banjul, just 100Nm. Best option is to sail from Dakar in the afternoon, so you would arrive at River Gambie in broad daylight.
Here you can get permission to sail up the river. A beautiful experience when you read the stories. We didn’t get the opportunity as the number of permissions was very limited in those days.
We discovered that my German girlfriend had entered Dakar, Senegal illegally and we were summoned to leave the country with in 48 hours. That’s why we went to Banjul to get a visa for her to visit the southern part. For some reason Holland had better relations with Senegal.

One or two weeks later you would pull up your anchor and sail the 80 Nm to the entrance of the river Casamance. It’s a bit narrow, you have to keep your eyes open, but the channel is buoyed and leads you into paradise.
You will feel it, as soon as you enter. The quietness, the tranquility, the atmosphere of true Africa. The sounds of birds and splashing fishes …. it’s all there. You hear it, you feel it, you see it, pure beauty.
As soon as you are inside, turn left or right and enter a small side river and drop your anchor at any spot or head to the small village of Kachiouane. In 1981 Paul used to be the chief there, I guess he is dead and buried by now and many of the young people we met are adult and have their own family.

Elinkine could be your next stop. You will meet some French, perhaps some other nationalities, but not many. When you visit Niomoune, you may see one of the children of Father Pierre, a Dutch priest who had 3 women there and some kids crawling around, the naughty guy. But ok, when you are sent that far away from the homeland, who cares ;)
We motored upriver to Ziguinchor for water and shopping at the market. We had to use the merchant ships arrangements in those days, which meant a huge hose and full water power, so it needs some trying to get it in the tanks.

When we were in Niomoune with the good sailing ship Smitan, we were extremely lucky.
In Senegal, like in other parts of Africa there is circumcision going on. In this particular village, it happens when the elderly decide when it is going to happen again, somewhere between 17 and 20 year apart. So to be there, exactly the year it’s gonna happen again is really good luck.
All boys, 6 years and older, that are not circumcised, had to undergo the ritual. It meant shaving the head, staying in the ‘Forêt Secrète’, the secret forrest for a period of 6 weeks. In this forrest they learn about all the historie of the tribe, the way of hunting, fighting and many other things.
It’s forbidden area for the women, even though they have to prepare the daily food. When the food is ready they may bring it to a certain distance away from the forest where it is taken by one of the elderly of the tribe. 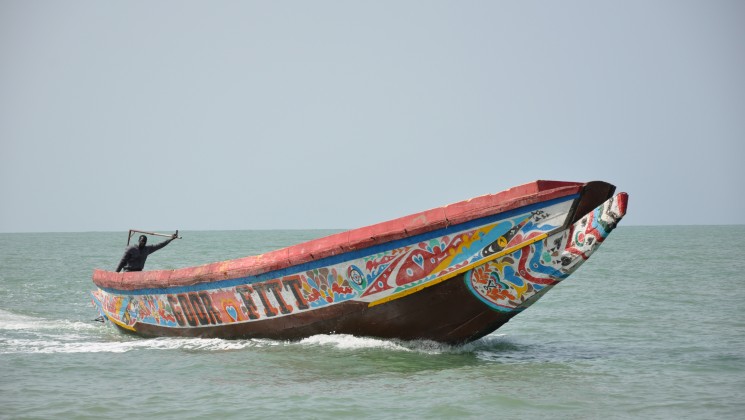 There is a lot of festivity going on in that period. Diola from all over the world gather those days. I met highly educated men from Paris, a professor in African culture, who had taken holiday to be back in the tribe and changed his suit for the traditional African clothing.
Normally the village contains a few hundred people, in that special period there were over 5.000. The problem is that the surroundings of the village are capable to deal with a few hundred people doing their daily toilet visit, but not for 5.000. No wonder cholera epidemics occur every now and then.
Altogether we had a wonderful time of course and became ‘friends’ with lots of local people.

Good or bad, the French, when they colonized Senegal, they also started a schooling system. Consequence was that the time young people stayed in the secret forrest was reduced to only 6 weeks. It used to be 6 month more or less. So, going to school as we all know is a very important thing, but to reduce the knowledge and history teaching of the tribe to only 23% of the time needed is a pity.

We also witnessed wrestling. After planting the rice there is not much to do, so villages challenge each other in wrestling parties. You can hear them coming from far away, drumming and singing and dancing in a large group. The local village gathers in a free space in the forest and await them. Then the wrestling starts. Each boy can challenge a boy from another village. The winner acquires the honour of being the stronger family. Sometimes a fight starts and is called off immediately by the elder. The reason is that the elder know the family relations and decide that the two wrestlers are family of eachother. So, no wrestling, because you can not both have the ‘winner honor’ and the ‘losing dishonor’ in the same family .

As said, circumcision only happens once every 17 year, so chances are small to run into such a situation. But you will definitely meet a very special atmosphere and not regret it. Especially when you arrive in the start of the rainy season, then you might even be able to help with the planting of the rice.

After Senegal, we continued the trip along the coast of Africa and so does this story some other day. Stay tuned :D

So, consider changing your plans next time you sail south. It’s definitely worth it.
Read the links of the articles written by other sailors that visited this area much later then I have done. 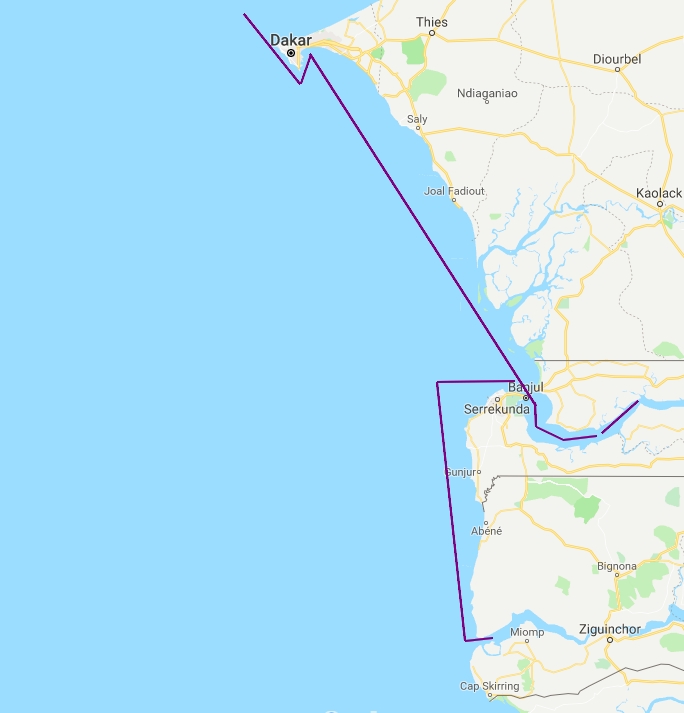